Cedar Avenue was once lined, like most Bermudian roads, with Bermuda cedars [1]. The old growth trees were lost in the blight of the 1940s and 1950s, but the avenue has been replanted with the endemic juniper. 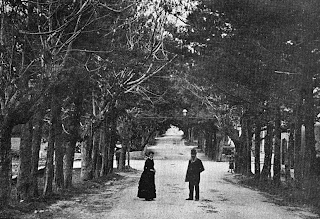 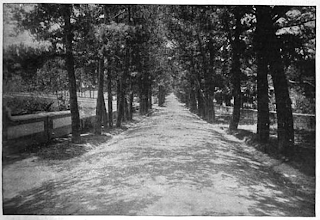 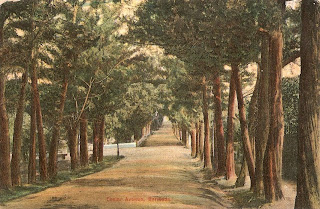 Bermuda cedar originally flourished throughout the islands, and the wood was used by settlers for widely varying purposes including home, church, jail, and shipbuilding, interior woodworking, furniture construction, coffin-making, and export for sale. The wood was especially prized by shipbuilders. In addition, the cones were used by settlers as food for both themselves and their animals, and to prepare cedarberry syrup as a treatment for toothaches and coughs. Settlers also boiled the shoots in water to create an elixir for lowering fevers. Furthermore, the wood was found to repel moths and fleas as well as prevent mildew and rot, and is aromatic, so many Bermuda residents used the wood to line closets and drawers.