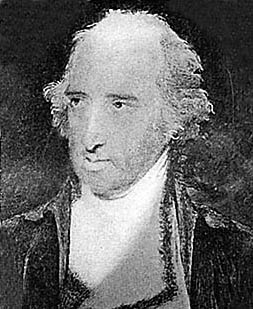 The history of Hamilton began in 1790 when the Bermuda Government set aside 145 acres (58.7 ha) for its future seat, and was officially incorporated in 1793 by an Act of Parliament. The Colony's capital relocated to Hamilton from St. George's in 1815.

Hamilton was an Irish-born soldier and official of the British Empire. In 1779 during the American War of Independence he was captured while serving as the Lieutenant Governor at the British post of Fort Detroit, before eventually being granted parole by Jefferson at the instructions of General George Washington, and in early 1781, he was exchanged and travelled to London.

Later in life Hamilton became Governor of Dominica from 1794 until his death in 1796. In March 1795, at age 61, Hamilton married 25-year-old Elizabeth Lee from Banbury, Oxfordshire, a daughter of Colonel Lee. They had one daughter, Mary Anne Pierpoint Hamilton, who died in 1871 unmarried and without children. Hamilton died on the island of Antigua in 1796, while still Governor of Dominica.