Tom Moore's Tavern was built in 1652 as a private home for the Trott family. In those days it was known as Walsingham House, from the Walsingham area in which it stood. The property was owned by Samuel Trott when Tom Moore, the Irish poet, came to Bermuda in 1804 as Registrar of the Court of Vice-Admiralty. It was here that his friendship with Nea Tucker began and where he wrote many of his well known works. 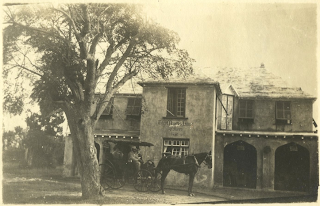 The house became a Tavern over 100 years ago and the records show that more than 3 million people have wined and dined within these old walls since then. The calabash tree to which Tom Moore makes frequent reference in his songs and poems still exists and is some 200 yards from the Tavern.