The Bermuda Railway was a 21.7-mile (34.9 km) common carrier line that operated between October 31, 1931 and May 1, 1948, providing frequent passenger and freight service over its length spanning most of the archipelago from St. George in the east to Somerset, Sandys Parish, in the west. 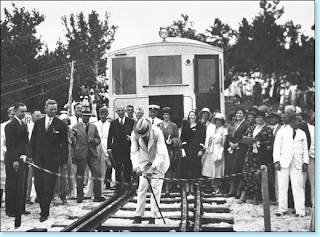 The railway was a single-track, standard-gauge line (with 14 passing sidings) that ran mainly along a coastal route to minimize land acquisition for the right-of-way. This meant that extensive trestles and bridgework were necessary, indeed more than ten percent of the line was elevated on 33 separate structures of timber or steel construction spanning the ocean.

In 1924 the Bermuda government granted a 40-year charter to the Bermuda Railway Company, and construction began in 1926 and completed 1931. The initial cost of construction and rolling stock purchase made it one of the most expensive cost-per-mile lines ever built. 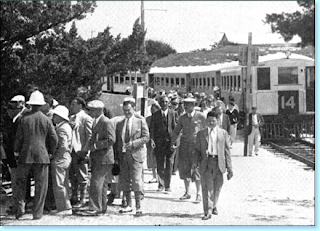 Maintenance also proved to be costly owing to the proximity of the line to sea air which made rot and corrosion significant. This and the introduction of private automobiles to the island after World War II, would ultimately doom the line.

In 1984, 18 miles (29 km) of the defunct rail line's right-of-way were dedicated as the Bermuda Railway Trail for hiking and, on some paved portions, biking. The Bermuda Tourism Department publishes a pamphlet describing the Trail's highlights, which Frommer's travel guide calls one of its "Favorite Bermuda Experiences", extolling its "panoramic seascapes, exotic flora and fauna, and soothing sounds of the island's bird life". 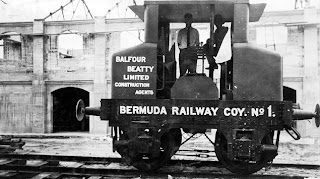