Kindley Airport, December 3rd, 1953: An Air France jet arrives with French Premier Joseph Laniel arriving for the Big 3 Conference. He is greeted by the Governor of Bermuda, along with UK Prime Minister, Winston Churchill, and UK Foreign Secretary, Anthony Eden. Also in attendance is the regimental mascot of the Welsh Fusiliers. They were joined later by US President Dwight D. Eisenhower for the meeting at the Mid Ocean Club, Tucker's Town.

For the rationale for the conference, see clipping below the video.


Opens in new window. There is sound later in the video. 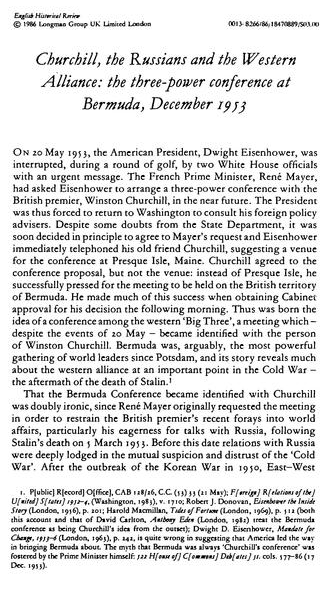